Art History in “The Day of the Triffids” by John Wyndham

Similar to how Ian Fleming could make a Baccarat game gripping, John Wyndham was able to make a Killer Plant invasion thrilling and scary.  Reading this novel made me wish that John Carpenter and/or Sam Raimi made their own adaptations of this book.  Furthermore, Wyndham’s observations on the way news media has to cater to the fickle attention spans of readers and viewers? Still relevant.

Wyndham also included references to art and architecture.  At the beginning of the novel, hospital patient Masen explores the other wards after a global blindness epidemic hits Earth.  One of the few who managed to escape the plague, Masen compares the now blinded patients milling about to scenes from Gustave Doré’s illustrative adaptation of Dante Alighieri’s Divine Comedy, and more specifically, scenes from Inferno.  Now, I must point out that Wyndham does not directly reference the series.  I only deduced this from both reading the text and looking through Doré’s body of work.  Also, while I haven’t completely read Inferno, I do know enough to see Masen as Dante, exploring a nightmare world. 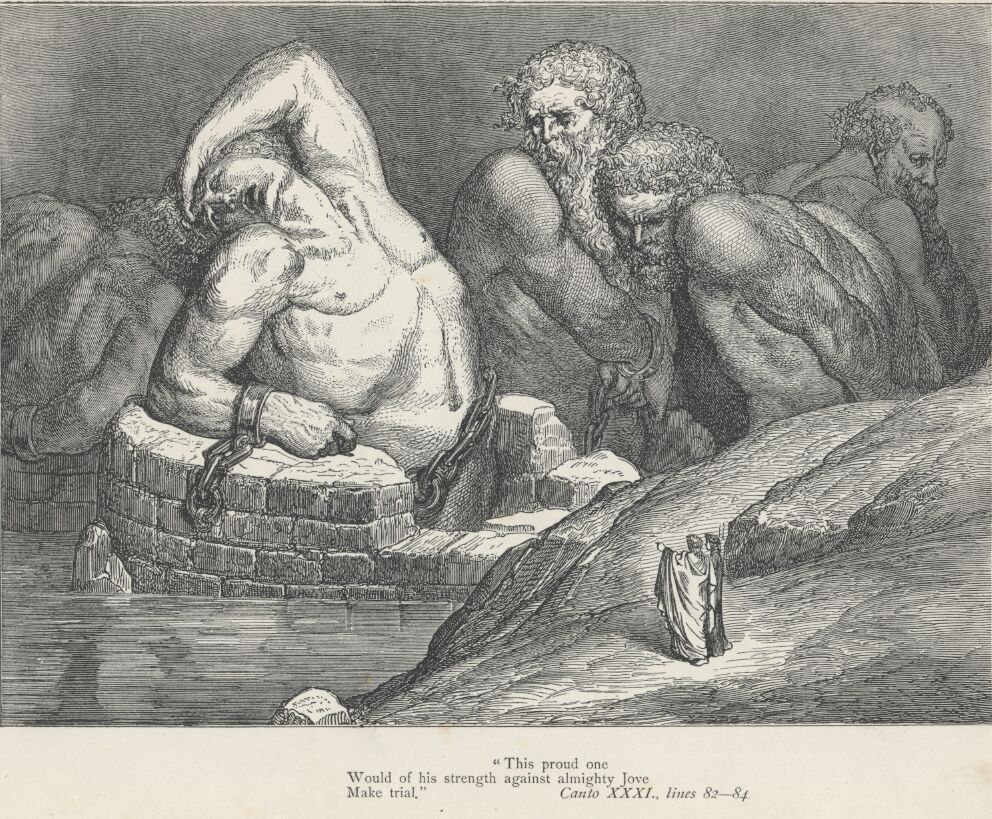 A most apt comparison, yes?

There was one mention of sculpture, and I think it was the one of Abraham Lincoln.  Now, if you are wondering “Why an American president?”  Especially since Parliament Square has other sculptures depicting British prime ministers.  I think I know why.  The novel’s characters spend time expecting America to come in and rescue England.  However, the English speculate that the Americans were too damaged by this global upheaval and in no position to help anyone.

The rest of the novel has Masen exploring England and offering descriptions of its architecture and buildings.  Buildings that were once owned by powerful people and filled with long histories, now places for refugees due to massive problems now affecting the world over.  Comparing England’s decay to the fall of the Roman Empire, Masen mentions one of Rome’s most famous arenas.  In another post analyzing architecture from The Last Kingdom, I mentioned the poem The Wanderer, a poem about a person looking at remains of a dead empire.  Masen is both Dante and that writer, observing humanity’s worst and an ending era.  To make that last point clear, when having lunch near a beach, Masen alludes to Impressionisms’ art style when describing the seaside environment.  It was meant to correspond with Masen’s long explanations that nature was overtaking the land.

I really enjoyed this book, so I recommend reading it.