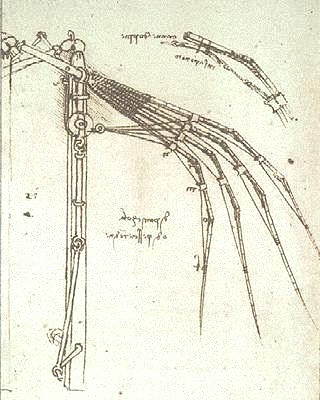 While I found the History Channel’s Inside the Mind of Leonardo a bit extravagant in its presentation, it had value in being entertaining and educational. I thought the film’s animated reenactments that brought to life Leonardo da Vinci’s sketched out experiments a nice touch. Actor Peter Capaldi’s interpretation of da Vinci’s written thoughts was enjoyable to watch too.

Despite my criticism, I have no doubt Leonardo himself would have loved the filmed spectacle created out of his journals.

Finally, can we have someone create a one-man show out of da Vinci’s writings so Peter Capaldi can perform in it? Or just record the actor reading for an audiobook?