In Asimov’s tales of the U.S. Robots and Mechanical Men Corporation, there are art history references found in the first and last story of this anthology.  I would like to think of them as art history bookends.

The first story, Robot AL-76 Goes Astray, one robot disappears from its assigned job and creates a machine out of somebody’s materials that, according to the text, is a Cubist sculpture to end all Cubist sculptures.  Asimov even names Pablo Picasso.  I can imagine that as a pretty impressive piece of work.  To add a visual accent, here is a sculpture designed by Picasso that still stands in Chicago today.  By the way, the link I embedded explains that this sculpture came into being in the 1960s, but my edition of Eight Stories dates this yarn’s circulation around the 1940s. 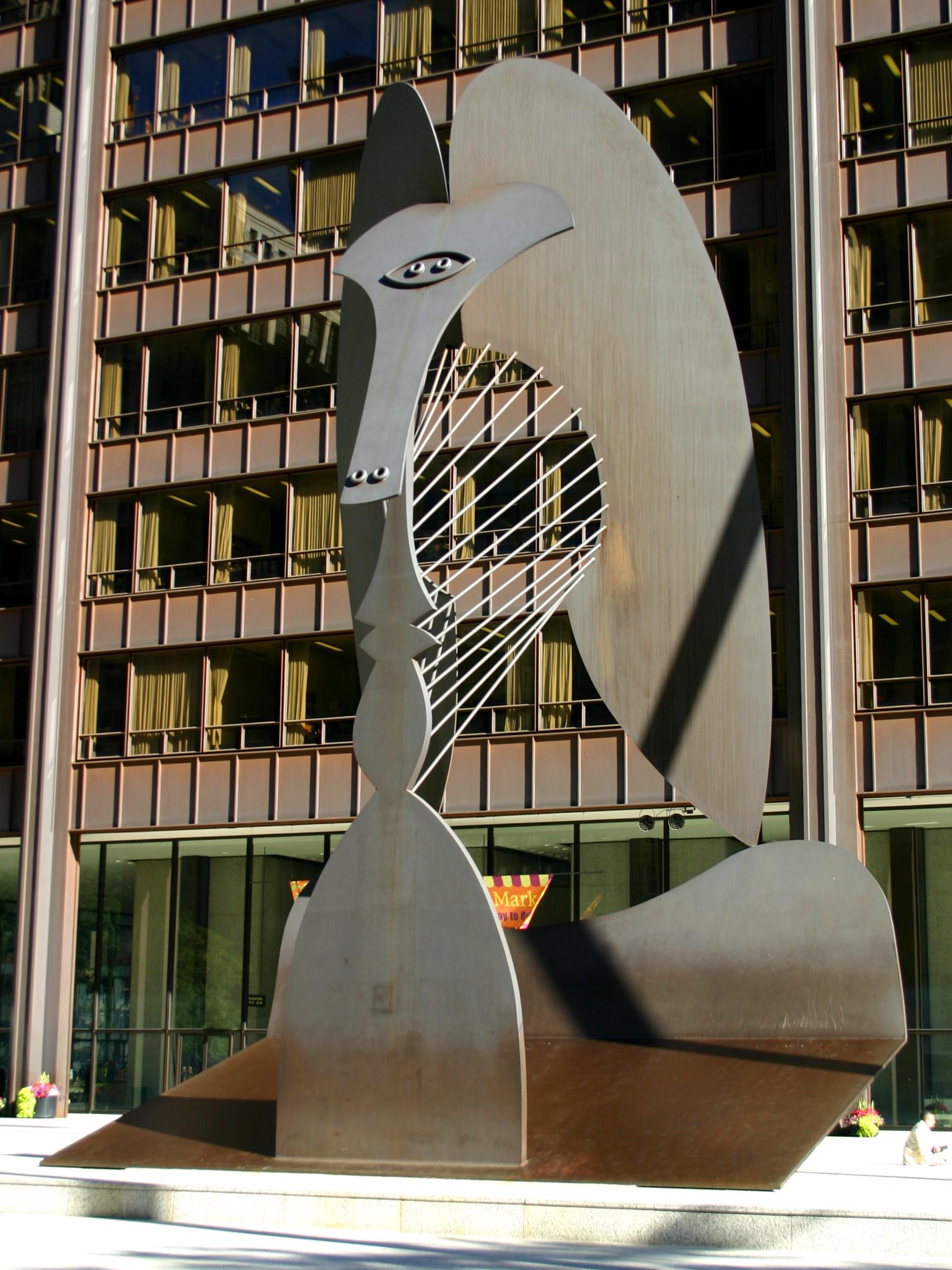 The last story of the anthology (Galley Slave) is about a robot blue-penciler caught in the middle of a court case between U.S. Robots and a university.  One of Asimov’s characters drew a comparison of one of U.S. Robots’ top employers (Alfred Lanning) to “portraits he had seen of Andrew Jackson.” The character does not say what kind of medium the portraits he mentally conjured up.

The character probably thought of the Hay Ritchie reproduction.

I’m including this painting by Thomas Sully due to Asimov writing about Alfred Lanning’s rather prominent eyebrows.

Finally, there is a monologue by one character who rails against technological advancements by claiming that it hinders artistic creativity.  Honestly, while Asimov may sympathize with that notion, I can’t bring myself to be worried by advancements’ so-called attempts at erasing past traditions.  Why?  Because people’s sense of nostalgia always brings back ideas from the past and experiments with them.  For example, people still do traditional painting and sculpture.  I myself have an advanced digital camera, but I still use film.