Art History in “Elizabeth of York: The Tudor Queen and her World” by Alison Weir

When I checked out this book on Henry the 8th’s mysterious mother, I also checked out Paula Byrne’s Belle, the enigmatic granddaughter of a Georgian era judge. Similar to the biography on Belle, Alison Weir’s biography on Elizabeth of York relied on art and architecture heavily due to Elizabeth’s rather inscrutable life. Early on, Weir wrote about the difficulty of trying to create a fully realized portrait of Elizabeth R’s grandmother, so she interpreted the lady by describing the culture she lived in (as the title infers), along with the art and architecture Elizabeth of York must have seen (and possibly lived in or nearby). I read so many descriptions of buildings, paintings, illuminated manuscripts, sculpture, and all other miscellaneous mediums that, as I mentioned in my Belle review, I think Weir’s book could qualify as an art history book. 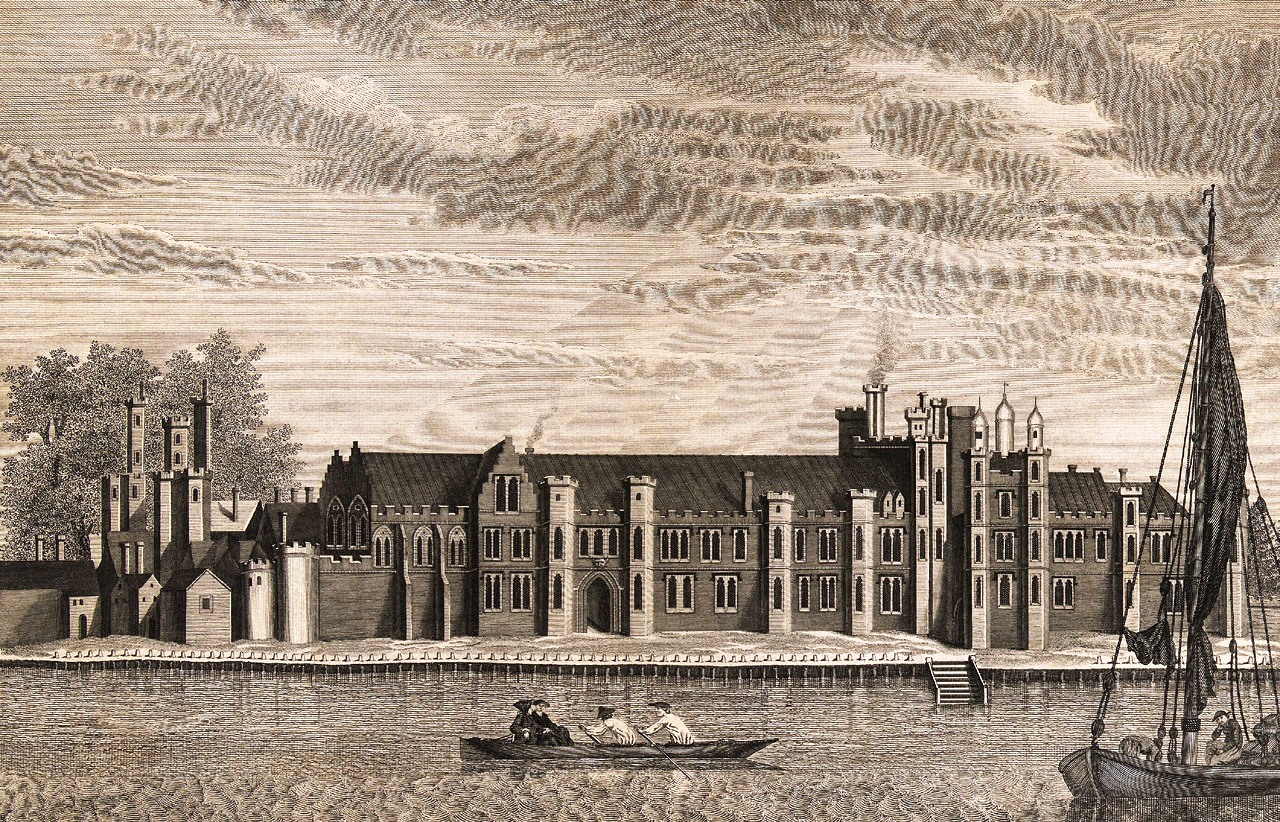 Furthermore, Weir recorded the alterations and changes of English architecture caused by time, strife, and differing tastes. Since this book revolves around England, she mentioned Saint Paul’s Cathedral and Christopher Wren and described the luxurious interiors in places such as Westminster Palace. Also, I learned about buildings such as “The Palace of Placentia” (seen above) now long gone. The descriptions of these dwellings included art that was installed in the rooms of these places. According to her, they were mostly of royalty and scenes from the Old Testament.

Writing of these places, Weir has the reader practically walking in Elizabeth of York’s shoes and even imagining the books she must have held in her hands. By the way, if you have an interest in the illuminated manuscripts of this era, go give this book a try. Giving names of various manuscripts, she lovingly describes the details of one book that indicates a very extravagant work. This includes the Book of Hours owned by Elizabeth herself. Weir even wrote about errors found in these manuscripts and paintings. What’s more, these books dictated how royals should live. Weir also gave information about painters living during this era. I learned about painters I had never heard of and read about drama between Pietro Torrigiano and Michelangelo. Weir even wrote about Benvenuto Cellini, his rather harsh opinions of England and the English, whom he considered savage. However, from what I have read of his life, I consider him the last person to give judgement on morality.

Besides written information, this book had full color reproductions of portraits, rooms, buildings, sculpture, writings, illuminations, reliefs, and stained glass that make their introduction after the main text concludes. They are rich, beautiful, and vibrant. To further drive my initial point about this book home, Appendix 1 acts as a substantial art history guide for the reader. In this section, I found myself awestruck over this painting of Catherine of Aragon from the early 1500s. The artist made her so lifelike, it called to mind Vermeer’s photorealistic execution of The Girl with the Pearl Earring. With her skills as an investigator, Weir even disproves art originally thought connected to Elizabeth of York and Henry the 7th, such as a painting created by Jan Gossaert. The appendix also had later paintings depicting Elizabeth of York, including the tomb that acts as Elizabeth’s final resting place.

I recommend reading this book. Similar to my thoughts on Elizabeth, I find Weir a little dry, but she is full of great information and is good at weighing evidence and keeping to the facts.