The story takes place at the fictional Bramford, which the text describes as this old monstrosity that overwhelms everyone and everything.  Characters have conflicted feelings about the apartment’s off-putting aesthetic, but can’t let the place go out of sentimentality.  The book labels the Bramford as “Victorian,” a style that falls under Gothic Revival standards, an era known for its nostalgia.  The characters even provide a name for this type of building that people still use today.  As others have noted, the movie adaptation was filmed at the Dakota.  In the novel, the Dakota (plus the Osborne) is offered to the main characters the Woodhouses as an alternative to the Bramford. 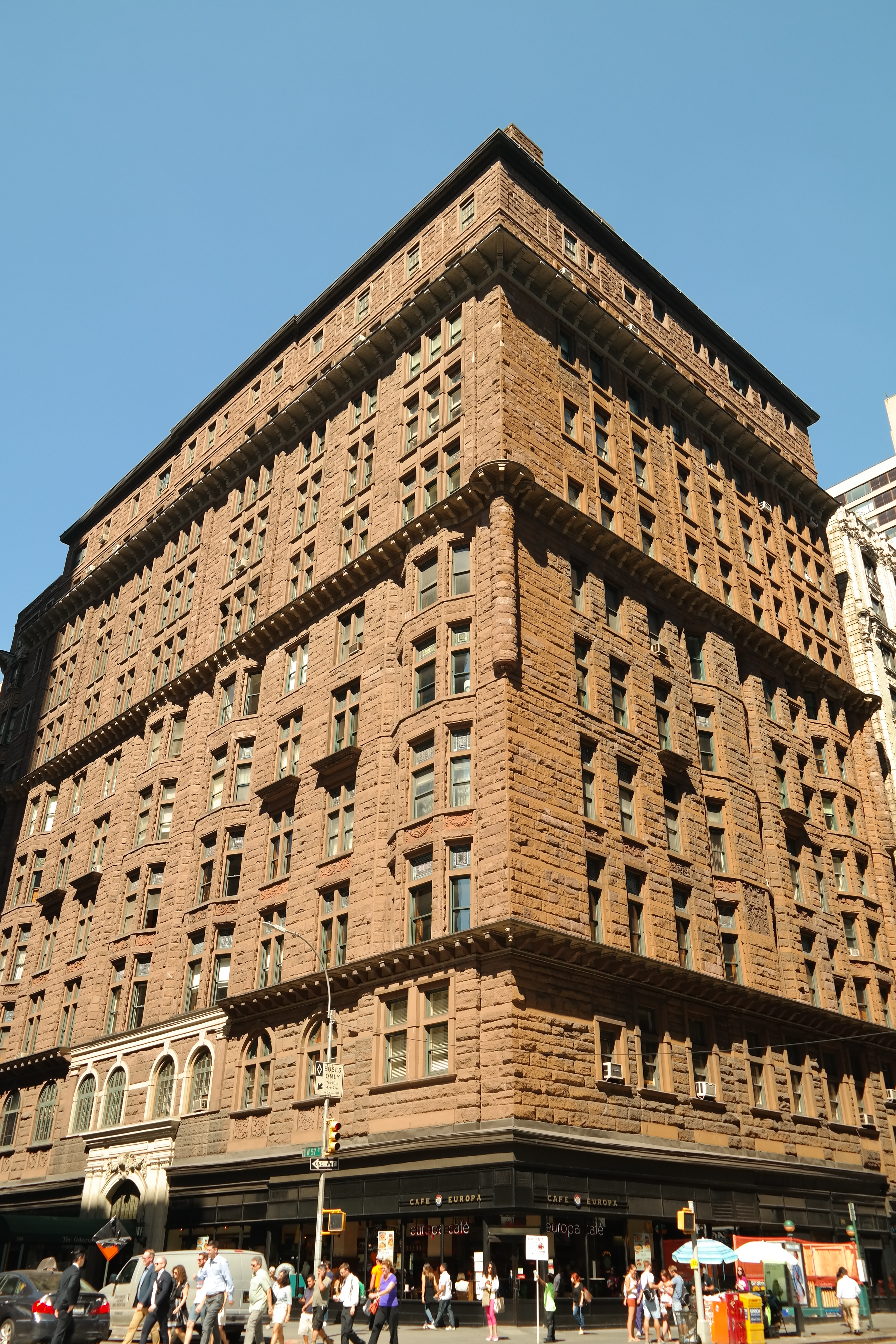 When Guy and Rosemary Woodhouse move into the Bramford, the couple design their apartment with more modern touches, and use a book called Picasso’s Picassos for inspiration.  I looked up the title and found a copy by David Douglas Duncan.  Rosemary herself has a preference for Modern and Contemporary art.  The book mentions her traveling around New York City to see exhibits from the present era.  When Guy hears of a tragedy, the text compares his countenance to “Pop Art”.  This description of Guy had so much detail it made me wonder if Levin intended to compare him to something created by George Segal.  As Rosemary investigates her neighbors the Castavets and their plans for her and her unborn child, she looks to symbols of Modernist projects to help her, particularly Ludwig Mies van der Rohe‘s artistic accomplishments.  When meeting with her friend Hutch, she visits Rohe’s Seagram Building.  When taking refuge in her doctor’s office, the text notices Rohe’s Modernist furniture.  Sadly, modernity will not help Rosemary.

The past, hiding in the advanced present, covertly hunts and captures Rosemary.  When having a drug-induced dream of looking at Michelangelo’s murals on the Sistine Chapel, Rosemary praises the Vatican for using modern technology to offer better views of the ceiling.  After visiting the Sistine Chapel myself, I thought that the Vatican should allow viewers to lie down on the floor as a way to give people a chance to rest their necks.  Recalling that memory to the best of my abilities, that observation occurred to me (and to other students I believe) when I toured the Villa Farnesina during a class trip.  No other visitors were there.  We could lie on the floor and look at the ceiling murals comfortably.

While the Woodhouses furnish their space with a Modern and Contemporary atmosphere, the Castavets’ apartment is decorated with older periods of art and their fireplace is described as having some very decadent sounding decor.  As the Castavets were completing the final stages of grooming Rosemary into their group, they sent the couple a photograph of this French monument.

The French theme does not stop there.  One odd art history reference that I initially thought had no connection to the story was the mention of Hutch’s pre-French Revolution era furniture.  I realize that was intended to connect Rosemary as Satan’s mistress.  The subtext even drives this point home.  This is not a new observation.
As Rosemary searches for her baby, she sees more blasphemous art, such as an artwork of Saint Patrick’s Cathedral (there are multiple buildings that bear this name, but the book probably means the one in Manhattan) on fire and more renderings of a Black Mass.

Reading this book and looking through my notes, I have observed that this story is about the past trying to conquer the modern era. Even the characters note that they are witnessing change. However, the real question is who truly won, and the answer is left ambiguous.

Here’s one review of the movie adaptation that explores that theme.

ETA 2/10/21: After publishing this blog entry, I read some reviews that discussed the same themes I initially typed up and found them too similar to my thoughts, so I deleted them and added links to those reviews.  My apologies.